Quick update on the quilt.
The blocks are all done and sewn into rows. 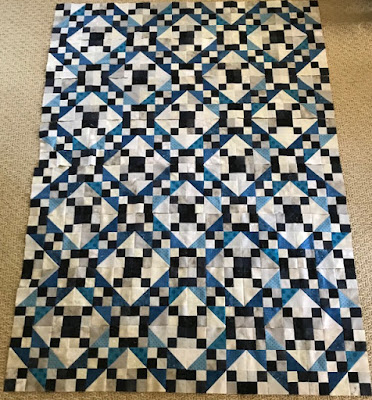 I used every single bit of royal blue fabric and
I've used up all of my scraps of light grays.
With the design as it is, I really couldn't go much bigger
as I would need to add two rows and two columns so it turns out
that I bought just the right amount of additional fabrics.
The size of an XL twin quilt 81x101;
I only have about half of the rows sewn together but I'm
estimating the size of the inner part this quilt should be about
56x71 so I have a lot of border to add to this to bring it up to size.

The goal for the week:
I have HSTs left over that could be worked into the corners,
or I could make more 4-squares, or both--just something
to keep the large amount of borders from being a little boring.
In yardage, I have several gray and several dark blue fabrics
to work with for the borders, binding and the back so I'll just see
where that gets me.  I'm always happy when every single bit
of fabric gets used up--love a scrappy quilt but like any
quilter, I have all the scraps I need!

Just Around the Corner

Yes, I'm now allowing myself to think ahead to fall.
I'm a long way away from putting up a nice colorful display,
but it's kind of fun looking back over some of my old ones. 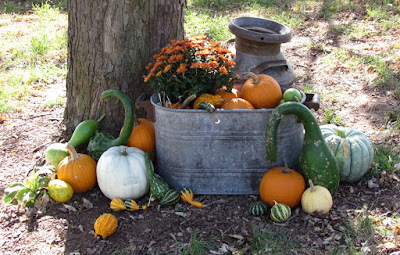 Every summer I put off thoughts of my favorite season
as long as possible to make the summer tolerable.
The pool helps make the summers more enjoyable but
I've now had enough of the heat and especially the humidity.
Gardening loses a lot of its attraction in those conditions
so I've started it down its path toward fall;
the pumpkins and gourds are coming up nicely
and that definitely makes me smile.

The bittersweet thing about this upcoming fall is that
I'll have another one moving out--off to college.
Which brings me around to that quilt.
So many little pieces to the Jacob's Ladder makes for slow-going.
I didn't take the time to do the math so I started
out cutting up a random amount and sewing up pieces.
What can I say--quilting in the summer has just
never been part of the rhythm for me. 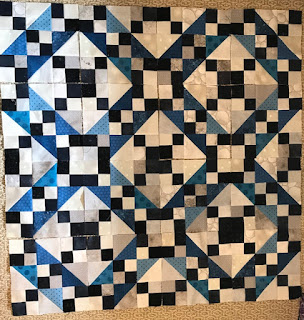 Turns out, that wasn't even half of what I'll be needing.
After cutting up every bit of my remaining 1/4-yd fabrics,
I finally forced a major sewing session to get ALL of the
HSTs sewn up, cut and trimmed along with all the 4-patches.
(A side-note:  I'm getting a lot of audiobook time in!) 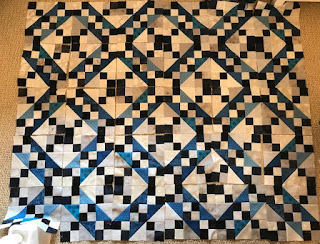 With such smooth sailing, I also completed more blocks.
I may be cutting it close but I think I'll be okay.
It's running out of the royal blues that would send me
back to the quilt shop...and believe it or not, I'd really
rather not do that till the shop hop in October.
Ok, unless it's another trip up to Missouri Star...

It has basically been "garden, swim, quilt and repeat" around here. 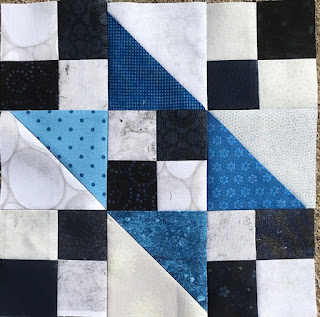 That doesn't make for a rough summer
but there just aren't enough hours in my days to get
anything else done.  And now we're on that half of the year when
the days are getting shorter.
I often feel like this place requires a full-time groundskeeper.
At least for 3 seasons out of the year.
And I wouldn't mind being that person but one, I can no longer
do some of the bigger chores and two, I have
so many other things I want and need to do. 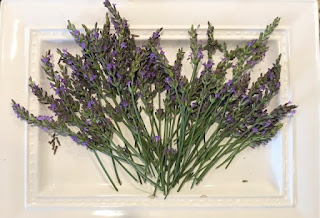 I've gotten very few herbs dried but I do tend to do
more of that in the fall, though they need trimming now.
However I am working them into my cooking as much as possible. 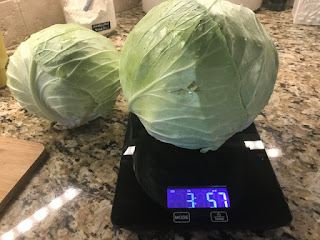 While everything tastes better home grown,
I've found cabbage to be one of those that's "above and beyond"
and have made a mental note to grow more next year, especially
as we're finding more and more recipes we enjoy it in.
Broccoli is another one.  I don't think you've truly tasted these
vegetables till you've had them straight from the garden.
All of the squash have produced amazingly well except for,
oddly enough, the zucchini--the one that is usually out of control. 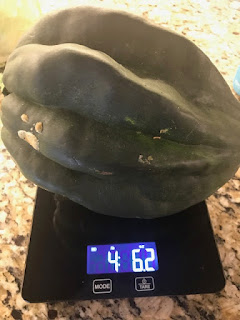 I snicker a little when I walk past the produce department
at the grocery store.  Like the acorn squash...
about half the size of ours.
Produce snobbery at its finest. 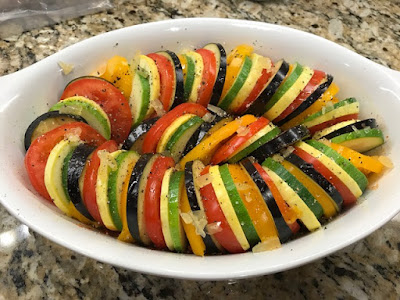 The eggplant is out of control so I've finally found a ratatouille recipe
that I'm fully in love with.  Playing French music also heightens
the cooking experience--just a suggestion. 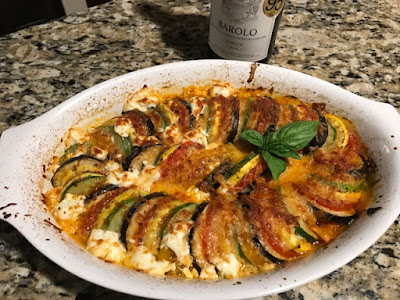 Along with parmesan, we've discovered goat cheese is great on it.
Still digging potatoes, picking cucumbers and tons of peppers
and so on and so on.
Blessed.

And finally--saving the sewing till last--I have made a little progress
in the sewing room.  There is a lot of marking, strip piecing and cutting
before making the blocks so this is not a quick project. 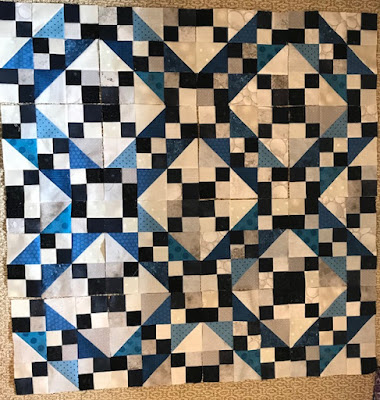 But there it is so far.  I have  till mid-August to finish it so
I should be okay just squeezing it in between freezing
carrots and onions, and before the tomatoes kick in for canning.
August.  Then September...and Fall.  Yessss.
Posted by Cheree @ The Morning Latte at 10:07 PM 2 comments: