Let's Hear It for Tuesday To-Do's!

How was everyone's week?
I've been sewing quite a bit.  And trying to forget that
I was really supposed to be at Missouri Star's
Quilt Academy.  Of course, like so many other things,
it was cancelled.  Among the classes I signed up for
was one with Edyta Sitar.  I had gotten a room at a
little B&B just a block or so from everything.
It was gonna be a grand ol' time.  A real retreat.
C'est la vie, I guess.

Tuesday To-Do Day has rolled around again.
Anyone else feel like a kid and it's
Show-And-Tell Day?
This past week I only had two "assignments"
to work on so it was easy to show up big.
I've been rolling out blocks so I am prepared.

1) Thirties Quilt
I have 19 scrappy blocks now completed!
(If you saw this update on Sunday,
note that I've added a couple more sets.) 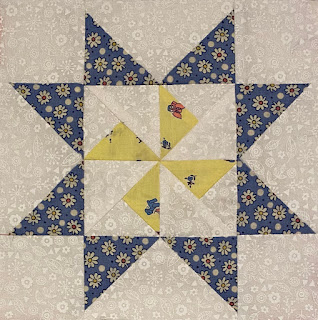 And two of each of the following: 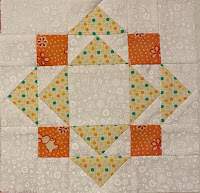 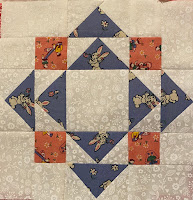 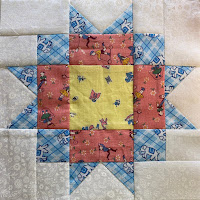 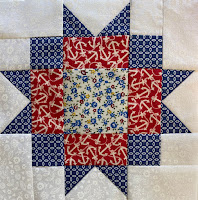 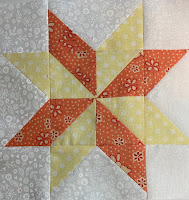 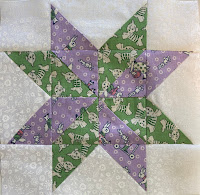 I have no idea what was up with the block set below
but not only did they not want to go together well,
(maybe I should've used starch?) 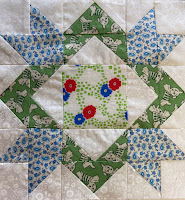 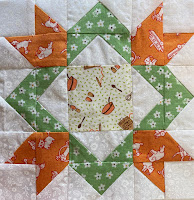 but I also did my best to put pieces together wrong.
And not just once but FOUR times.
Some days are just like that I guess.
Wrinkly. 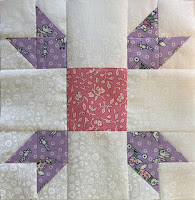 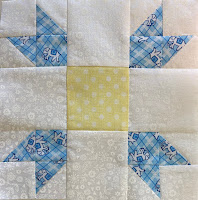 These are the sets I added in just yesterday.

Ok, everybody smile for the group photo:
(Does anyone else talk to their blocks?) 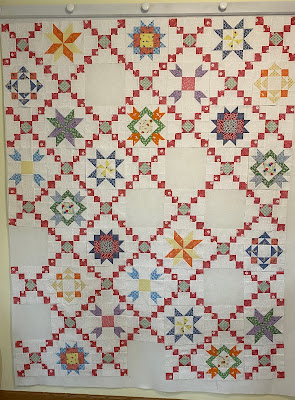 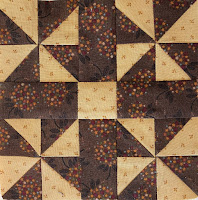 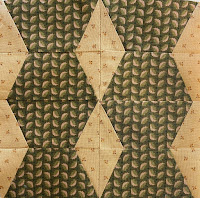 Neither of these are very exciting but it is exciting,
and encouraging, to be almost half-way done.
Sure, I wanted to be way farther by now
but let's not be negative, eh?

Next week will be similar but with a few
extra's going on.  Here is what I have planned:

2) Farmer's Wife:  2-3 blocks
I've decided to nix my Farmer's Wife Friday post
since the blocks show up here anyway.  That
should save a little more time for quilting.

In other to-do's, I have 16 chicks coming this week so
when I get the call, I have to drop everything and run to
get the little peepers.  They will have been travelling in
a box from Missouri and they'll need
food, water and warmth ASAP.

Gardening:  weeding, pruning, harvesting, watering.
Repeat.  Those are my summer days.
Maybe that doesn't sound like a lot but there can be
so much to take care of out there that sometimes
I think of hiring a head-gardener but then I remember:
Oh--wait.  That's me.
(Just whom does one see around here about a raise?)

I'm trying to find ways to free up more time for quilting.
I'm not a big facebook user (no twitter etc) but I'm down to
almost no time there.  I've unsubscribed from emails that
are no longer relevant, or are just ads.  Every little bit counts,
right?  As for my relaxing coffee and blog-reading sessions,
I've been getting a few in here and there.
These I see as completely necessary for my sanity!

I'm also cooking simpler meals like stir fry, salads and
pizza.  We're on a huge pizza kick lately.  Though I make
it once or even twice a week, I have yet to repeat a variety
so we are still loving it.  When yeast disappeared off the
shelves over the last months, I switched to this crust.
**update:  I usually let it raise longer--maybe even
an hour, just whatever fits my schedule.
It's thin and crispy which keeps the meal lighter.
Nothing beats a traditional crust but it takes more time and
work than I want to put in on a weeknight. Though this one
does take a little planning with the starter, it has so little time
involved (I don't even measure anymore) that it is my go-to.

Linking up to:
Home Sewn By Us Linky #45

Posted by Cheree @ The Morning Latte at 6:30 AM

Well, dang. I have an extra pound of yeast in the freezer, I could have mailed you some! I like easier and simpler too!

Hi Cheree! Oh man, what a bummer about missing MSQC's quilting academy. I've never been but have been hoping to visit sooner than later. I'm certain you'll be able to visit at some point - I look forward to hearing about it. Wow! You've really made a dent in your 30s quilt with only 8 blocks to go. I've been on a pineapple/ham pizza kick lately. I can't quite satisfy my hunger for it - I'll have to try your recipe for the crust. Thanks so much for linking up today. ~smile~ Roseanne

Your 30s quilt is really coming along! I love all those different blocks you're adding in!

Oh boy I am sure you were bummed about MS canceling. Safety first and all that jazz. Since DH retired he is doing the gardening and I couldn't be happier!! We don't have a big garden but still it's nice. We are getting lettuce now for a week, yum! We ordered yeast from Amazon because we couldn't get it locally. No I haven't talked to my blocks but I talked to my long arm today, I told her I might have to give her a raise as she is doing such a good job, hahaha.

That is such a shame about the cancellation. I hope you get another chance at it.

I love the thirties quilt! You’re so close now.

Gardening consumes so much of our time here too....and it’s 12 months of the year! It would be nice to have a winter break. lol. We go for the simple pizzas. Have you tried any using seasoned olive oil?

Yes c'est la vie, but still, it's annoying! Love your blocks, great progress, and they all look great smiling on the wall for the photo ;)
Good luck with your plans.

Oh, your 30's quilt is so pretty! I just signed up to get your posts via email. What a fun post to read!

Your 30s quilt looks awesome! I cannot wait to see it fully finished. I hope this past week was productive.