Time for Some Rainy Day Catch-Up and Quilting

As predicted, I have been spending lots of time outside.
After an early run to the store, I quickly put in the last
few plants just this morning as it was beginning to sprinkle. 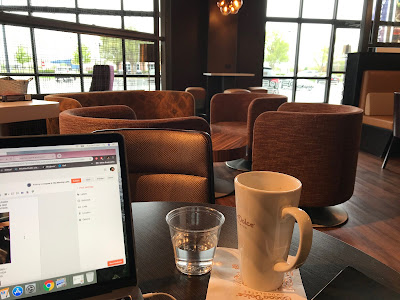 With all the spring planting done in the garden, I now just
have to deal with the weeds, especially after this
nice spring rain I'm watching from inside the coffee shop.
I'm taking some time to get caught up on my planning
and scheduling for the next crazy couple of months. 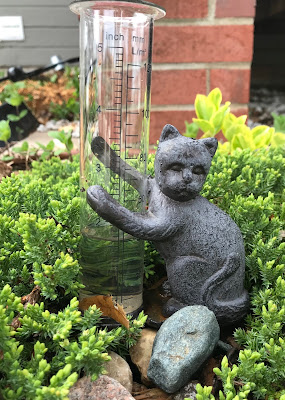 We're getting new windows in our sunroom and new doors
on that deck, which means the long-arm had to be moved
and is therefore temporarily unavailable.  No problem for
now unless I get to sewing like mad on my American quilt.
And, unless the window installers take forever, which might
happen because I understood that this was the week
but I haven't heard a thing.  Of course, it's raining...
(Will have to touch base later today.) 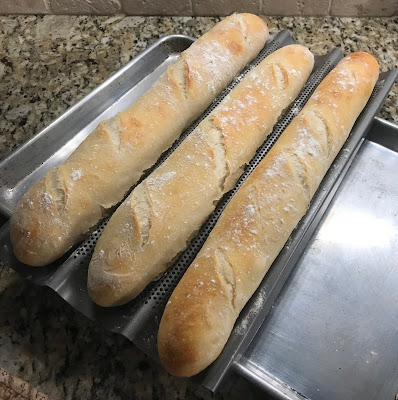 I hope everyone had a beautiful Easter.  We go to the
Easter Vigil which puts us home pretty late on Saturday.
My bread had been started that morning but this stage was
pushed a little--I finished at 1:40am.  They still ended up being
pretty decent sourdough baguettes considering the small amount
of work that goes into them--they just take some time.  I may
have shared this before but if you have starter, this is a
great recipe and comes with a video for a little extra help.

Our pole vaulter was on the news again--we missed it
initially but one can always find things online.  His PR
is up to 15' 3 3/4".  Would love to see him finish the
year and high school at 16' or more but we'll see. 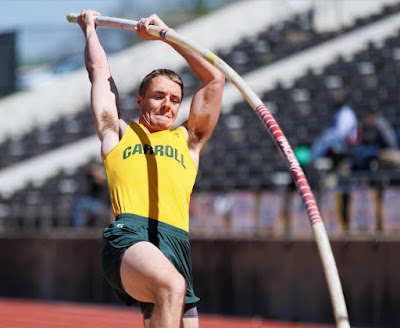 We also missed this pic which hit the newspaper.
Again, thank goodness for online because we never
get the paper.  He has a meet this Friday but having his
wisdom teeth removed yesterday (only local anesthesia)
and missing a couple practices might throw that off a bit.
But, he's tough.  This meet is 2+ hours away and,
depending on the window installation, I'm likely to not
be there to video so I'm sure he'll PR again
as that's just the way things seem to go!
(Fyi--PR="personal record"; he's the current state champ) 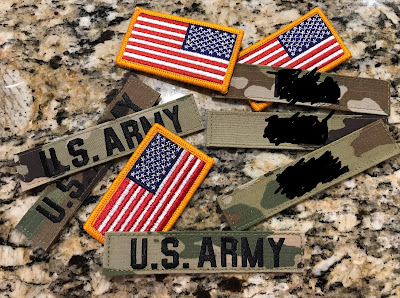 There is still so much to do before he leaves, so much
to buy, so much to prep.  Among other things, these
have arrived in the mail.  Kinda makes it all real.
(scribbled out ones have last name on them) 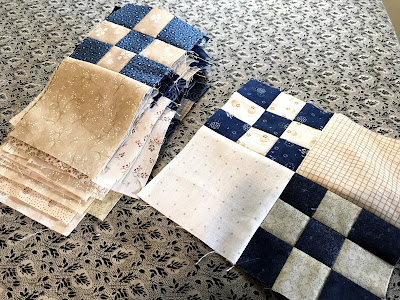 So, not much going on in the sewing room but
I did get most of these blocks put together.
Today they get finished up and then I'll work on the
last blocks, the center red stars. 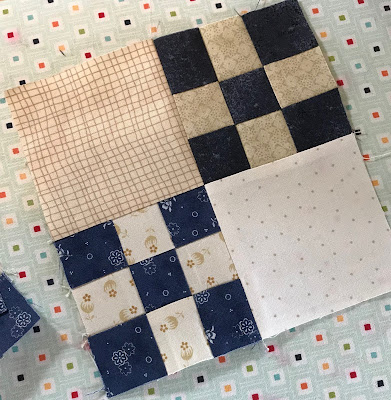 I was really only joking
when I started with the outside border first but I
somehow kept going and I really have done
this entire quilt from the outside in!
The jury is still kind of out on making a quilt for my son's
coach-of-many-years but I'm really leaning toward it,
especially with this America quilt getting done
so quickly.  With both being lap size, the time
involvement is so much less!

Ah yes....weeds...never ending little buggers! That is a great pole vaulting picture. Glad you were able to locate it.

Your border blocks look great. I'm sure it will all come together nicely when the center is sewn.

Congrats to your son. Enjoy him for a few more months till he starts anew. Glad you have the long arm now to entertain you:) The bread looks so good.

Lots going on with you.