Time to Catch Back Up

Well look at that...
another 6 months slipped by.
Catch-up posts are getting to be a thing with me.

I only made 2 quilts over this time
but one of them was probably the most
challenging quilt I've ever made. 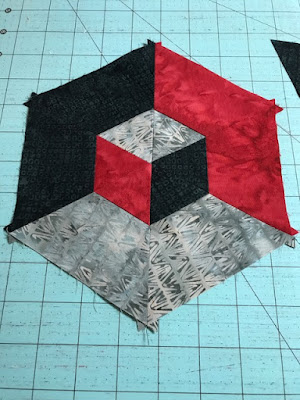 Our son-in-law was graduating with a
degree in architecture so I went out
of my comfort zone to find an appropriate
pattern--and then made it in a week.  Insane.
As it often happens when I work with a pattern
I think isn't really my taste,
I ended up really liking this one.
This is why we need to step out of that zone! 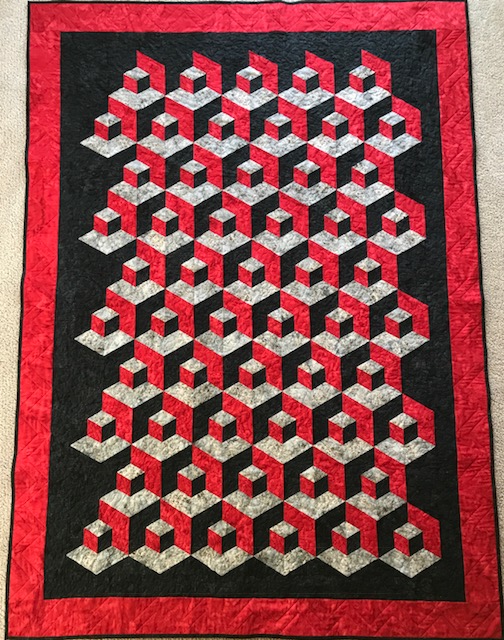 We also had a daughter's college graduation
and our 2 boys' great track post-season
(one took 5th in the state in shot put, the other took 3rd in the state in
pole vault; as an entire team, they all took 2nd in the state)
so I just didn't get started on time.

Even months later, I still love to look at this pic.
I think there are probably better ways to position
the blocks, especially along the sides, but I was
out of fabric and certainly out of time.
Anyway, I kind of like the way it suspends
there among the black.

I also completed another baby quilt
from the same pattern as in my previous post... but in this I used the more feminine fabrics
of that same layer cake. 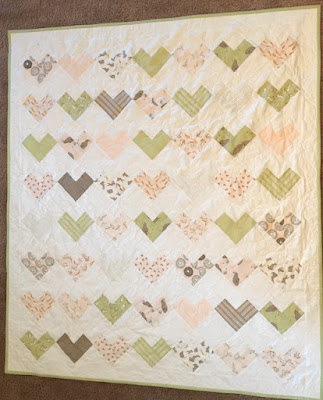 This was given to my niece and her baby girl.

Now this next one I made last year so I didn't
really count it, but it does qualify as a "finish". 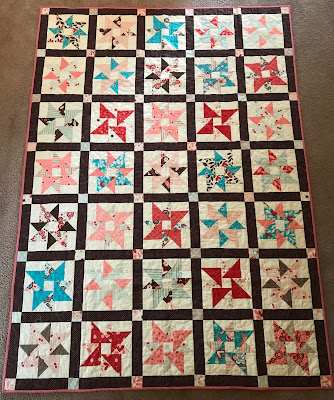 I purposely waited till spring to do the quilting
so it would be nice and new when I
gifted it to a high school graduate.

We had all new flooring installed
throughout the two main levels of our home.
Thirty years is more than enough for carpet and old
vinyl, and we wanted to switch to wood floors
wherever possible.
In preparation, I pulled the last bit of wall paper
in the house (yay!), repainted a lot of rooms,
(because who wants to paint over a new floor?)
generally cleaned everything and thinned out
any items we weren't using,
including some large furniture items.
For the actual installation, we had to move
almost everything to the basement.
Over two weeks (weekend, too), strangers,
noise, chaos and more dirt than I thought
possible hung out in "my space."
If only the dirt had gone away with them!
So, I got to clean everything all over again,
including windows--which is a two-day chore in
itself.  Some walls still need touched up with
paint.  A few areas still need new trim.
But we couldn't be happier with our floors. 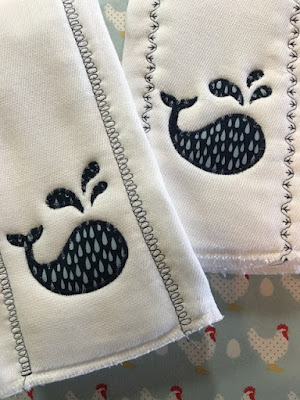 Recently, I helped my daughter throw
a baby shower for our other daughter.
Though I didn't get these done in time
for the shower, I did make 10 burp cloths out of
the fabrics that were left over from the baby quilt
I am currently working on and will post more
about later along with my big surprise. 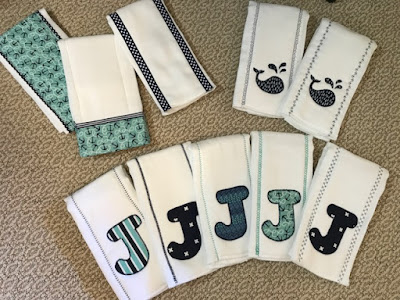 I'm also working on the Fall '17 Quilts tab
that should be up shortly.

Till then, happy quilting!
Posted by Cheree @ The Morning Latte at 5:57 PM

Those burp rags are great! (the quilts are too)