I wanted to quickly share what else was going on
around here.  Sure, I'd love to live in the sewing
room but I'd also like to live in the garden, and
the kitchen.  Lucky for me, I have those options.
Sometimes. 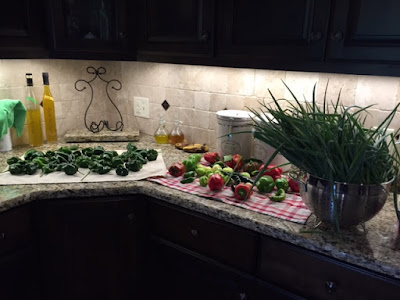 Pepper preserving is usually a big to-do in October
when I'm trying to get them out of the garden before
it freezes.  I'm doing things in smaller steps this year.
In the colander is a large bunch of green onions.  Yes,
I freeze these but they only work for soups and things
of that sort and not garnish as they turn soft/mushy.
It's awful nice to have them on hand.

Preparing for roasted poblano soup in the cold months.
I only got a few bags of roasted corn in the freezer
for this as well but we'll call that enough.  I have 11
small bags (each makes one batch of soup) of roasted poblanos though!
I also made a batch of spicy salsa verde which found
its way into three batches of turkey enchildas.
Yes, I cooked up a small turkey as well which gave
me all I needed for the enchiladas and some nice
slices of breast meat for wraps in lunches.
And I free'd up some freezer space.
It's not my choice for Mexican fare, but if you cook it
up with lots of garlic, peppers, etc, it's a good second
to chicken. 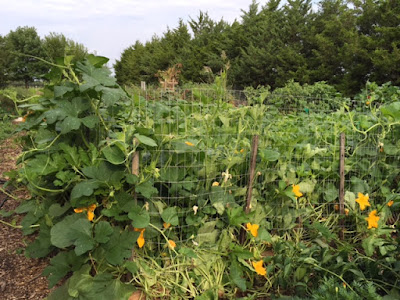 I've been trying to contain the pumpkins and gourds
in the garden but they don't seem to care.  I took this
last week.  You can't see the fence now.
Thank you, Lord, for all of our rain! 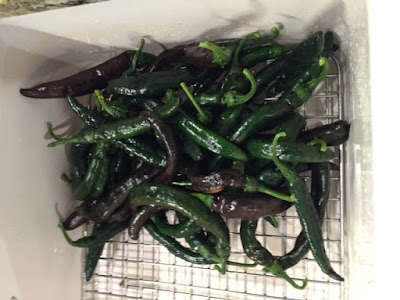 I grew mole peppers this year for the first time.
They aren't to be confused with mole sauce,
which has no mole peppers in it at all.
They seem to be a medium pepper
(well, in my garden, everything seems to be hotter so maybe they're really supposed to be mild?)
and I have no idea what to do with them. 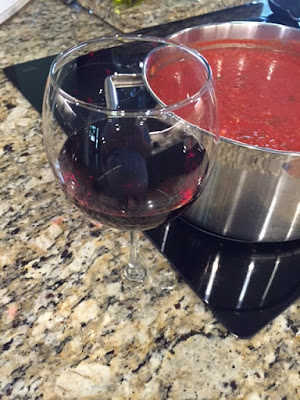 One day I made a beautiful batch of pasta/pizza sauce.
Emeril has what I've found to be the
most amazing pasta sauce recipe.
Bonus: you get to drink wine while making it.
These four quarts made all kinds of things
including lasagna and a lot of pizza.  My son likes
to just make up some pasta and sauce for a quick
snack...normally that doesn't seem so healthy but
with this homemade sauce?  Better than what most
kids snack on any day! 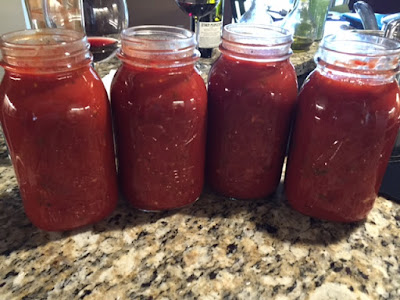 To me, having this on hand is like gold.
The tomatoes have backed off for now so
it's on to other things like... 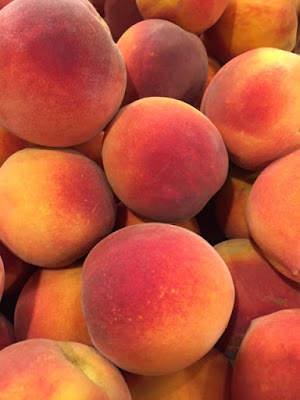 these.  These peaches are gold too.
I've made ice cream and syrup and I've frozen some
for smoothies.  I still have plenty to go but I don't seem
to be real motivated to do much with them...
besides just eat them, and share them, though I do
intend to make some peach habenero hot sauce today. 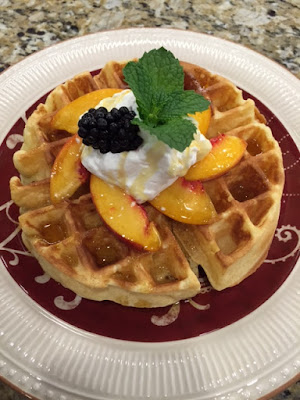 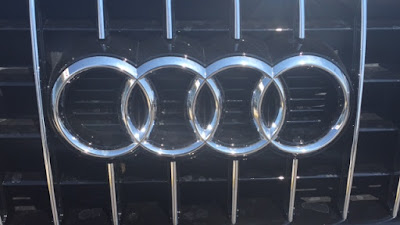 And this.
I've had mini-vans and Traverses for the last 15 years.
It was time to down-size.  I don't care much about cars
but I will admit to always wanting an Audi.
Maybe it's the German in me... 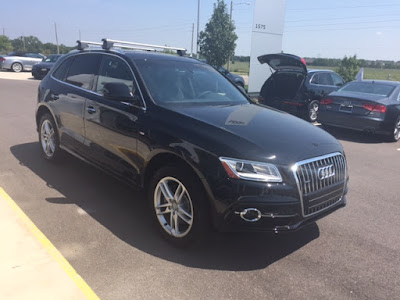 Here it is before I drove it off the lot.
My brand new '16 Audi Q5.
As I shouldn't have muddy cleats and sweaty boys
in it much, if ever,
I'll be keeping this one for quite a while. 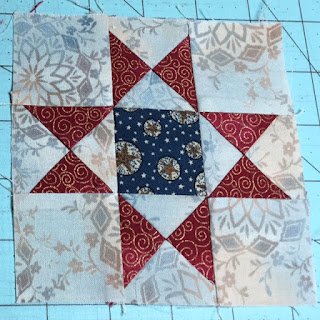 I'll be back in the sewing room tomorrow
and will post my latest block count.

Posted by Cheree @ The Morning Latte at 1:00 PM