Of the tart recipes I've tried,
this one is, hands-down, the best. 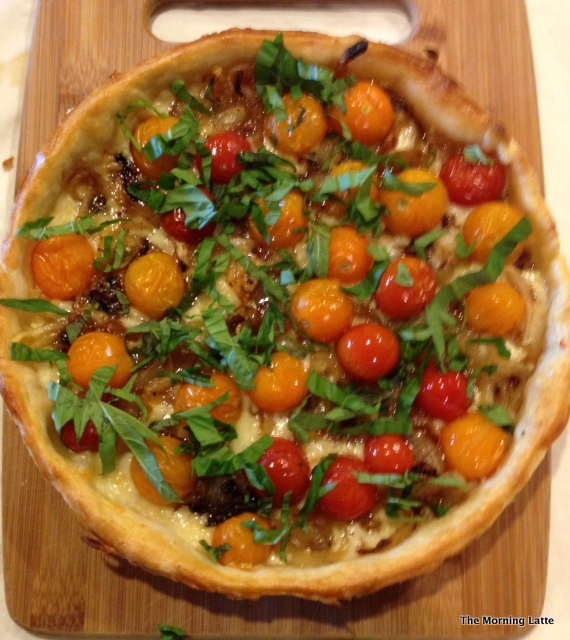 If you recall from yesterday, we've been
very blessed with tomatoes this summer.
Very. 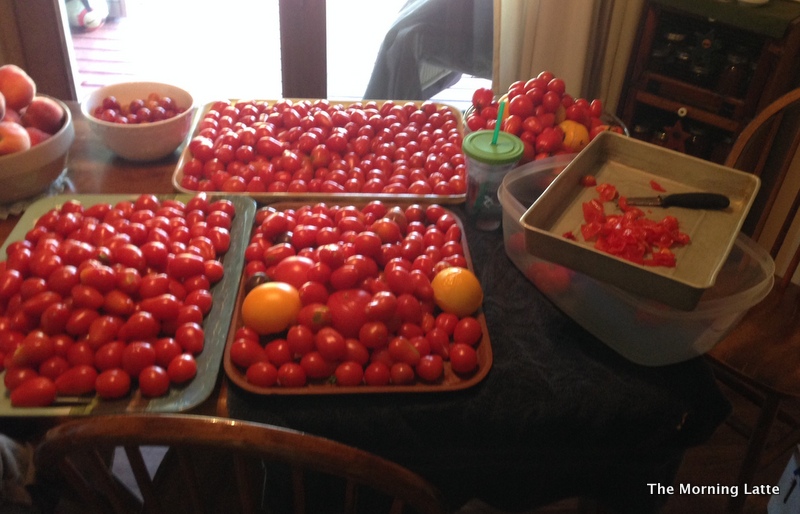 When Ree posted this on
Facebook the other day, I was all over it.
Like, by that evening.

My suggestion:
Make your own pie crust!!!
I totally rocked these, and I put them
in scalloped tart pans--the ones with
removable bases. 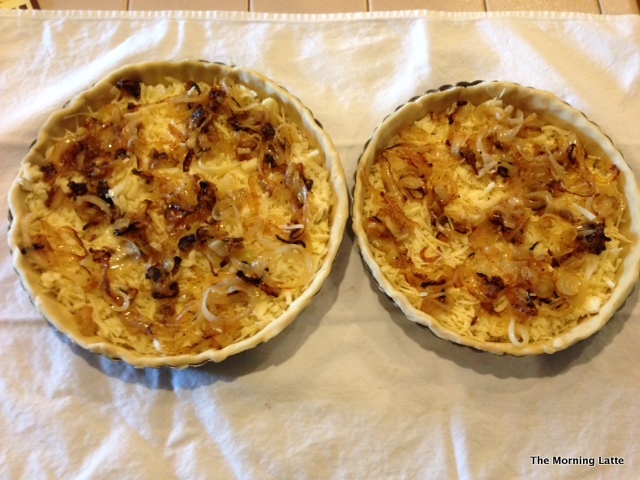 I don't put myself up there
with the Pioneer Woman but, I have to say,
I kinda think these turned out prettier than
her rectangular ones.  Just sayin'.
Don't hate me. 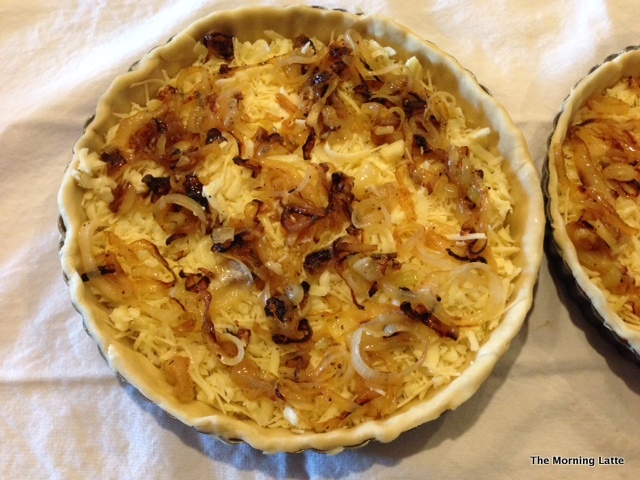 Basically, you have a layer of cheeses, topped
with caramelized onions--and let me stop there.
There are some cooking...uh...things (?) that I
find very therapeutic.
1)  Making crepes
2)  Roasting and peeling peppers
3)  Caramelizing onions
4)  Making homemade pudding
Ok, I'll stop there.  I have more but, back to the tart.

Next,
top the caramelized onions with cherry tomatoes--
because from one cherry tomato plant comes
a million of the little orbs and you're needing
to avoid a compete take-over. 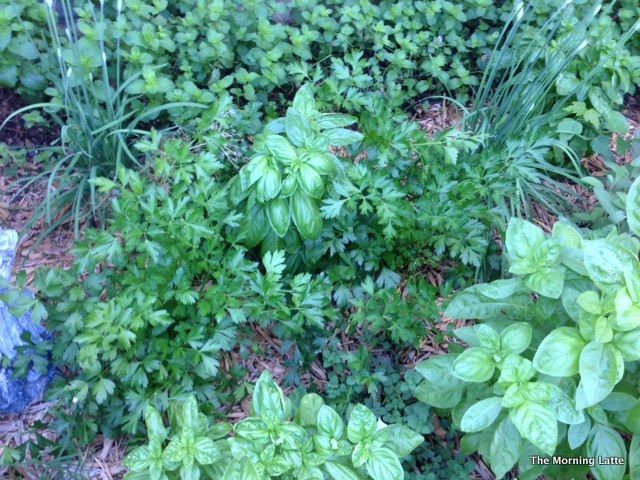 After you pop it into the oven, go pick some basil.
Actually, more than just some.  A lot.
See what I did there?  I spelled "a lot" correctly.
It's two separate words.
I'm a grammar nazi and I have issues.
We'll talk about how to say "caramel"
another time, in another post that is
entirely directed toward, er,
dedicated to Starbucks employees...

I'm really bummed that I didn't get a better picture but
I really was so excited by how it turned out
that I had to have been shaking for joy, I tell you.
When you put an egg wash on pie crust,
something magical happens. 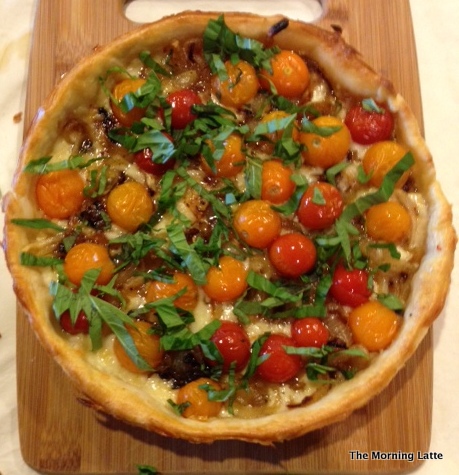 Maybe the aroma had something to do with it
but sweet merciful heavens!
I just think it was the most beautiful flaky
crust to ever come out of my oven.
And it tasted even better!
Good thing I made two of them!
And guess what?  It's not too bad as a left-over.